After recovering from my four days of Phish, I'm finally ready to recap my mini-tour. Last Thursday - Sunday I followed Phish to Jones Beach in NY for two nights, Mansfield, MA and back to Camden on Sunday.

Like any good beer geek, I managed to find some time for beer along the way. My accomplice for the weekend was my brother, a newly minted beer geek and home brewer. While we've always shared our love for Phish, beer is new for us. And as it turns out, not a bad combination.

Oh, and yes, let the Phish mocking ensue. But for the record, I saw my first show when I was 12; yup, I'm a jam-band hippie at heart. 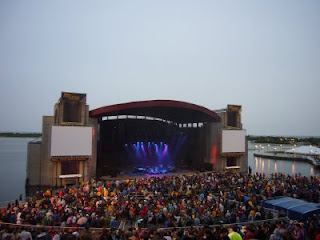 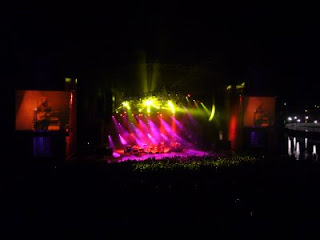 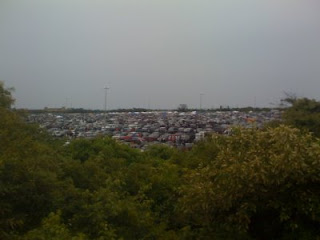 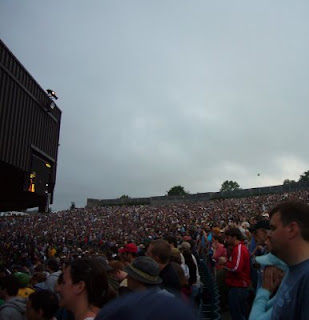 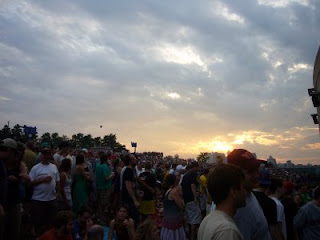 As far as food goes, we really didn't really go crazy on the high end food. We tried to keep it local. On Long Island we went to the Plainview Diner 3 times in 24 hours. It was worth it. The Challah French toast was the best french toast I've ever had and the coffee was perfect. 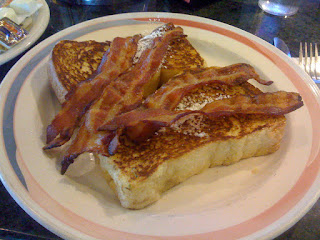 For the Mansfield show we stayed over in Rhode Island, my brother's old college stomping grounds. Immediately upon arrival I made him find me an Awful Awful; it's a really delcious milkshake from the Newport Creamery. I have fond memories of my first Awful Awful. I was just 9 years old and my family was dropping off my brother at college in Providence. I chose an Oreo Awful Awful and it was just as good as I remember. 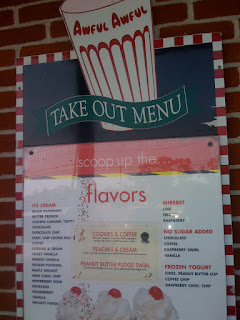 After the show in Mansfield, my brother took me to a late night institution in downtown Providence: Haven Brothers Diner. It's really not so much a diner, as a it is an eat-in lunch truck. 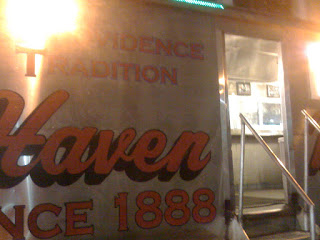 At midnight, there was nothing better than a vanilla milkshake, a grilled cheese with bacon and tomato, and french fries. It's a good thing that this doesn't exist near Tria, because I'd certainly be there after work around 3am. 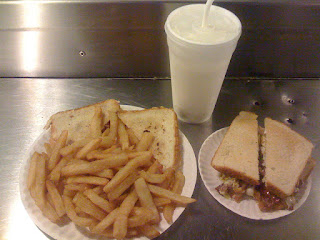 Most of our beer excitement happened in New York. After spending 2 hours in traffic on Long Island, we arrived at the hotel, and promptly found ourselves at the hotel bar. I started the trip off with a Blue Point Toasted Lager. I'm not a huge lager person, but this beer was fresh and delicious. We later bought a six-pack and it wasn't nearly as good as the draft. 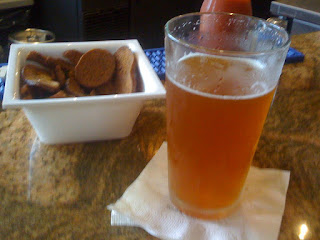 Thanks to beer advocate I managed to find a bar that was open and near our hotel. On our second day on Long Island we drove about 20 minutes to Canterbury Ales in Huntington, NY. While they do have 20 drafts and about 50 bottles, their lists are dominated by big beer. Craft beer made up about 25% of their selections.

One big plus was their option for a sampler. Most bars don't offer samplers for many reasons. Mostly, it's hard to produce when busy. 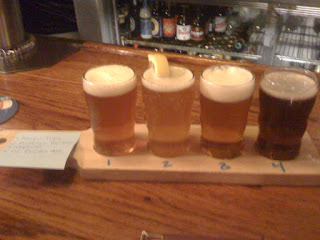 After our stop at Canterbury Ales we went to a beer store that I had also found on Beer Advocate, Shoreline Beverage. Of course there's nothing better than stoping at a beer distributor after drinking. Their selection was great, not quite on par with MD's State Line Liquors, but very good and well priced. The coolest part of the place was that they sell growlers! This is a PA alcohol purchasing person's dream come true. It completely blew my PLCB-disliking mind. 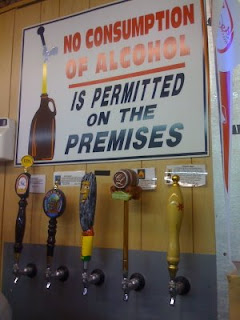 The highlight of the trip, in terms of beer, was our stop at Captain Lawrence Brewing Company in Pleasantville, NY. As I walked in the door the Grateful Dead's "They Love Each Other" was playing and I was in beer heaven. We picked up a growler of their Liquid Gold; a strong golden ale. It was fresh, fantastic and truly awesome. It made a more than nice beer for the Phish parking lot. 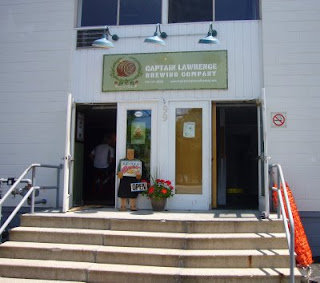 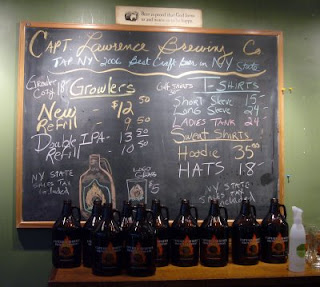 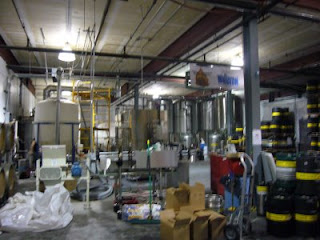 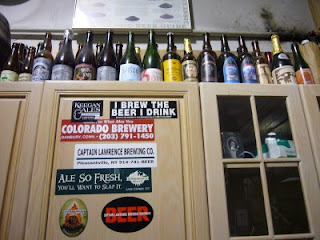 All in all, the trip turned out to be an awesome beer adventure with good food, great tunes and the best company I could ask for. I have to thank my brother for putting up with my driving, beer obsession and insatiable appetite. To quote one of our favorite Phish songs, "I hope this happens once again."
Posted by Femme Fermental at 12:01 PM

That sounded like a bad ass time. There is nothing better than a road trip that has beer included. you have me curious about Captain Lawrence. May have to take a trip!

I'd really recommend it. The tasting room is only open Fridays and Saturdays. I hear bottle release days are crazy. They let you open your growler in the tasting room and drink there, but it's kinda small. Definitely worth a trip!

It's great to see another beer lover making the Phish and beer journey. Made my way all the way down to Asheville, NC and TN. And got to try some great regional brews. Are you going to any shows in Aug?

How good are the boys! They sound so rehearsed and tight! So sad there was no dank beer on Camden lot though...once my Saison Dupont and Green Flash IPAs were gone we were relegated to 2-for-$5 Newcastles.