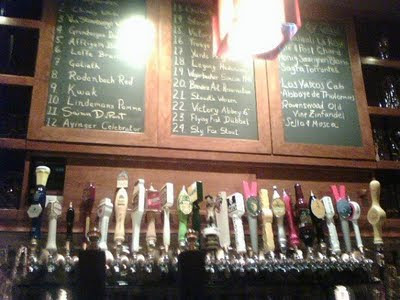 Another mysterious poem has appeared on Teresa's Next Door's event page. As far as I can tell, no one on the interwebs has attempted to decipher this beerpoem yet. (Feel free to correct me) This is likely because the historic Troegs event taking place on Thursday October 1st has drawn attention. Not to mention, several lucky bloggers have been out in Denver, enjoying the GABF.

Given this beerpoem, it seems as though TND has a Double IPA day planned just a few days later.

Since I've been bogged down in minutia of microhistory all day, I need a beer break. And since enjoying an actual beer is far from possible at this point, I can at least think and write about beer. So here goes:

Alright enough daydreaming for me, back to school work. Feel free to comment and correct.