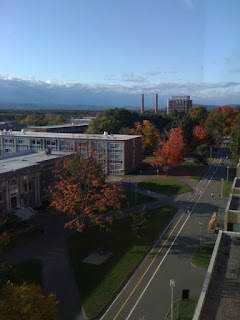 Fall here in Massachusetts is lovely. I have to say, the foliage has been one of the best parts of moving here (yeah, certainly not the food). 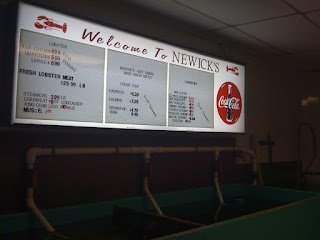 Last weekend I had the chance to go out to dinner with my family up in New Hampshire. Somewhat of a tradition, whenever in Portsmouth, we end up at Newick's Lobster House.

It's a rather crazy place. It probably seats about 200 people. There service is really non-existent. They take orders, never clear plates (which by the way are all plastic and paper, this place is an environmental nightmare), and that's about it.

But, on a Friday night, it was packed with people of all ages. 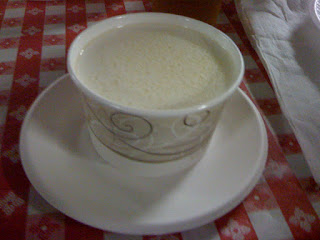 I started out with classic New England clam chowder. It was very thin and unexciting. There was no depth of flavor. But, the pieces of clam were plentiful. 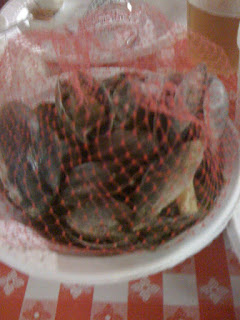 Next, I went with steamers. I just can't seem to get them in Philly. They aren't the same unless you're in New England. They were pretty good, but then again, you can't so much mess them up. 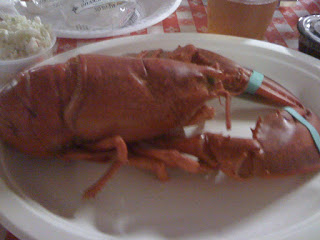 And then, the reason we had all come to Newick's. A 1 and 1/4 lb. boiled lobster. The lobster, was, well, lobster. But, it seemed a bit dirty, as if they don't change the water enough. The lobster was of course enjoyable, but it wasn't the perfection I had hoped for that night. It actually taught me an important lesson: you can't just put lobster on a plate and have it be wonderful. There's a bit more to it. 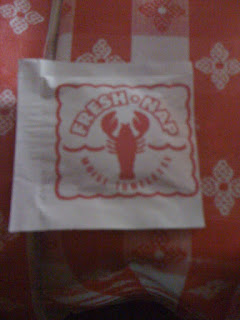 On the whole, Newick's is what it is. It's a New England lobster house that draws a crowd. It's unpretentious. It's simple. It'll give you what you're looking for, as far as seafood goes. But, it seems to lack the love required to make simple food good.