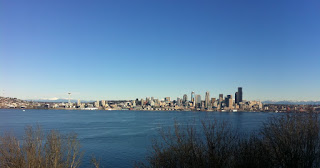 This past December, which yeah, I know, was last year by this point, I went to Washington and Oregon for a little fun. Again, football brought me there, but I managed to parlay the trip to Spokane (which is 5 hours from Seattle) into a little drinking and eating time in the oft-romanticized locals of Seattle and Portland.

Even though I visited during the worst month of the year, I still managed to fall in love. But as an East Coast person at heart, I don't know if I could ever forsake our hurried, irritable and incessantly driven lifestyle for one of idyllic beauty, coffee and beer heaven and ever-so politeness. But, for now, I'm tied to Massachusetts (3 years to go) and must simply debate the prospects of a westward move with every one I know.

My stay in Seattle was short. The day after a perfect dinner, at the home of my welcoming hosts (pâté, cheese, king salmon, sugar snap peas, steamed rice and wine), we all went to brunch at Spring Hill in West Seattle. I had Saimin for the first time ever: smoked pork belly, six‐minute egg, pork & ham broth, ﬁsh cake, scallion. It was a distinctive form of almost-Pho heaven. This bowl was huge and I did my best to kill it all. The meat was awesomely tender and the broth was spicy and tastily developed. 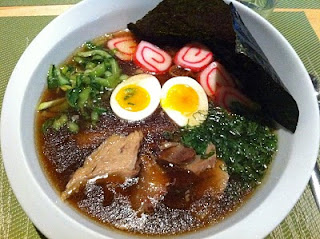 After this short stay in Seattle, I took Amtrak down to Portland, OR. All of us in Philly know the hype about this alleged "beertopia." I've been known to refer to it as the "other Portland." Portland, ME being first and foremost in my heart. But, this Portland was awesome too.

The foodcarts were perhaps the MOST glorious thing I've ever seen, and my mouth is watering just writing this sentence. I wish that this was something Philly could really embrace (I think I understand the licensing issues that exist in Philly). Some might say that Philly does have foodcarts; certain places around Penn's campus and the other hospitals do have them. But that is not the same thing. Also, a food truck by one of Philly's most famous chefs doesn't count either. Whole blocks are devoted to pods of foodcarts, 20 or so in one place. Complete awesomeness. The one cart I went to offered one sandwich: porchetta, local arugula, and lemon on a hearty roll. Done. Perfection. Purity. Heaven. 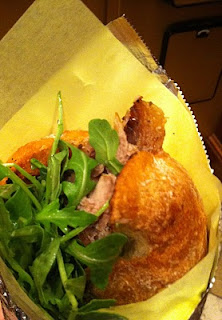 Anyway, enough gushing. For simplicity sake, I'm just going to do a photo rundown of my trip: 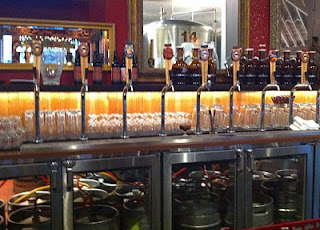 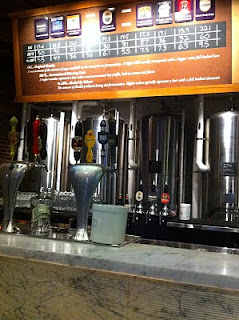 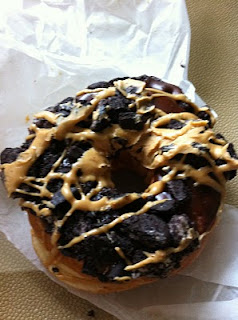 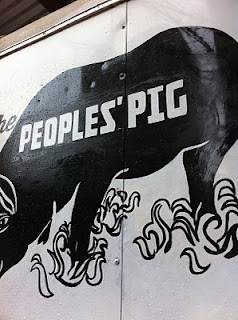 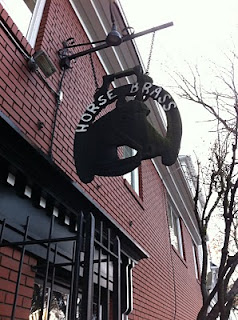 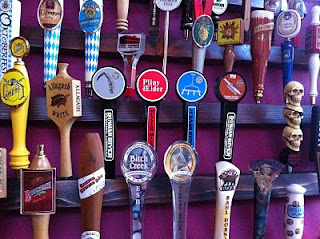 Also, the first night I had dinner at Higgins. The second night I ate at LePigeon. Both locations were too dark to take photos. I'm seriously against using flash in restaurants. I draw the blogging-line right there. Both meals were good, but dinner at Higgins was really spectacular. Thanks to Dr. Joel and S&V for this one. The bartender was friendly, and the charcuterie plate was probably the best I've ever had. All of it done in-house.

In the end, I ate as much as one person could possibly eat on this trip. I had to keep the drinking to a minimum, as navigating a city by yourself isn't the easiest/safest thing to do while drunk. And yes, the good beer was plentiful. I searched hard for all the beer spots to hit, but I couldn't make them all on foot or by public transportation. Next time, a car might really be worth it in Portland. And obviously, I shorted Seattle. But with my new found intense love of the Pacific Northwest, I'm most certainly making a trip back.

Posted by Femme Fermental at 3:46 PM

WOW. I'm a little jealous. This is a trip I've wanted to take for years. Looking at those taps and hearing about the food is making my mouth water. The sweet, yummy, goodness of that VooDoo doughnut has me checking the flights leaving Philly tonight.

Hi Brian,
I've been wanting to take this trip for a long time too. DO IT. It's totally worth it. I grew tired of hearing other people talk about it; had to find out myself. And, it's awesome! :)
Take care!