Some Times in England...

After visiting Iceland last year, I decided I could travel internationally by myself. I wanted to visit an English-speaking country for my first solo-international trip. But, then, this summer an opportunity arose. I met someone about to take a vacation, during my summer break. And so, I joined this person, born in England, but who has lived in Philly for ten years, on a trip to their home country. We spent ten days driving around the (almost) entire country.

Instead of detailing the whole trip, I’ll hit the highlights. I didn’t necessarily have expectations for England. I am not an Anglophile. I re-watched The Trip and did a bit of research to prepare. Unlike everyone else I mentioned the trip to, I knew that the food would be good. In fact, I had three of the more incredible meals of my life, as well as the best Indian food I’ve ever eaten.

The next day we made it to the Tate Modern before dinner. I was not missing the Tate. I remember Marc Maron talking about the Rothko room. I, somewhat frantically, moved through the stunning and crowded Georgia O'Keeffe exhibit to find the Rothko room. There was limited time at the museum and I wanted to digest the Rothkos. I found the room and spent about twenty minutes enjoying the dark maroon and black paintings. The room is dimly lit and the paintings are deep. Sitting in the room felt both ominous and cathartic.

We had dinner at St. John: the first of three particularly excellent meals on the trip. The experience was spectacular. I knew it would be. I was most excited to eat foods that we never see in America. Middle White? Yes. Every piece of pork I ate in England was better than every piece of pork I have ever eaten in America. This seems to be evidence of the fact that the American meat industry has screwed everything up. Beyond the food, the inside of the restaurant and the service was lovely.

After visiting Borough Market, to sample various seafood, meats, and cheeses, we drove south from London. An accidental booking brought us to the Isle of Wight. Yet another place I desired to go because of a song lyric. The only reason I know of its location, spelling, and existence is because of The Beatles’s song: “When I’m Sixty-Four.” A short, expensive ferry over, and a nice sunset drive, led to the best Indian food I’ve ever had. We didn’t necessarily need to eat a very late night dinner, but the gentleman at the front desk, at the hotel, told us we had a chance to get to an Indian spot before it closed, Fatimas. I am so glad that we did. We ate out of the containers on a stone wall next to the restaurant. A far more expensive Indian dinner in London, later in the trip, couldn’t compare.

Next we traveled southwest towards Cornwall. The drive through Devon and Dorset was the most beautiful scenery of the trip. Incredibly hilly farms, separated by neat tree lines, seemed to float in the clouds. We stopped in Lyme Regis for another excellent meal: HIX Oyster & Fish House. The tiny restaurant sits atop the hill overlooking the town and sea.

In Cornwall, we stayed in a yurt on a farm. The yurt had no electricity, but there was a separate space attached with a kitchen, running water, and bathroom/shower. We drove further south to Mousehole, purchased seafood in Newlyn, and ate dinner at the yurt. Despite the driving rain during our entire stay in Cornwall, the yurt was a highlight of the trip.

Next we drove north to Manchester. We stopped at a smokery for lunch and continued to Manchester to see a match at Old Trafford. I wanted to experience the vibe of a soccer match. I’ll call it a “match,” but I don’t think I’m conceding on the “soccer” versus “football” point. I might if I wasn’t so connected to American football. The match, a "friendly," was somewhat sleepy. It was interesting to see that drinking is not allowed in the stands. Signs warn that if you take a beer into the stands you will be arrested. I can’t help but think that American football could benefit from this bit of civilization.

The next day, in Manchester, after I practiced yoga, we had the third of the three brilliant meals: a perfect lunch at Hawksmoor. The cocktails, the glassware, the food, the old train station décor. Everything was flawless.

After a quick family visit we traveled south. We stopped for pies at Standforths Butchers in Skipton. Then we made two art stops: The Hepworth Wakefield and the Yorkshire Sculpture Park. The Hepworth is very small, but had a few items of note. There was an interesting personal collection with drawings by Miro, Sylvia Plath, and Calder. There were also three I-Pad drawings by David Hockney. These there were stunningly bright and eye-catching.

I wanted to go to the Yorkshire Sculpture Park for a James Turrell. I will go out of my way to see any Turrell. This one is a Skyspace inside of an 18th c. deer shelter. It was very hard to find in the park. I have to imagine that many people miss it, unless they are looking for it. The middle of the day isn’t the best time to see a Skyspace, but it still had a meditative quality. We laid on the benches for nearly an hour, watching the clouds move past the opening in the ceiling.

We continued southeast to Cromer and stayed outside Norwich for the night. Then we drove back to London for two more nights. We ate upscale Indian food at Gymkhana, saw a comedy show at the Comedy Store, went to the Royal Academy of Arts for an awesome David Hockney show, and ate Sunday roast at The Jugged Hare. That evening, we grabbed way too much kebab on the way to our hotel near the airport.

Two months later, I’m still forming my thoughts about England. I realized that “New England” is a very appropriate name for New England; much of the landscape, save the farms in the southwest, is the same. I see why Boston felt like home to many colonists. I understand why the colonists cared so much about tea; having a nice afternoon tea is rather enjoyable. I learned that pub culture is a real "thing." As a place of exchange and discourse, the British pub is very different from most American bars. The local pub is a centuries-old meeting place with historical importance in England. No matter how many baskets of flowers you hang outside of a building, or how much you try to recreate British pub fare, the pub is a cultural phenomenon that can't quite be transplanted to America.

Overall, England seems to be a more civilized and apologetic version of America. Besides the architecture, London was very much like an American city. As an international city, London has the trappings of the forces of globalization. It seems wrong to see a Subway and Pizza Hut everywhere. Many spots felt like a smaller version of something in New York. I wonder what it would be like to have known London before New York.

But, the food was worth the trip. The produce, meat, and seafood was all that much better than what we find in America. I ate fish and shellfish I could never eat/eat so fresh in America: whelks, cockles, spider crab, brown crab, oysters. I’ve already waxed philosophical about pork.

When I returned from the trip, I didn't think I ever needed to go back to England. But, now, I've softened. I would return. Albeit, I'd make a few different choices. Regardless, every trip is an experiential lesson worth the price of admission. Sometimes, you have to go. And, whatever you find is what you need. 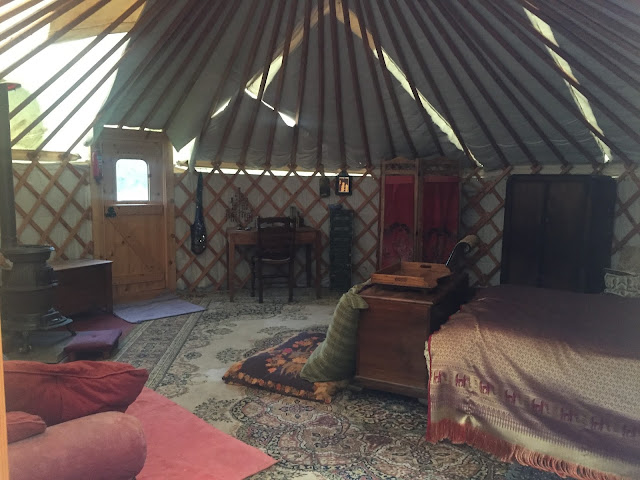 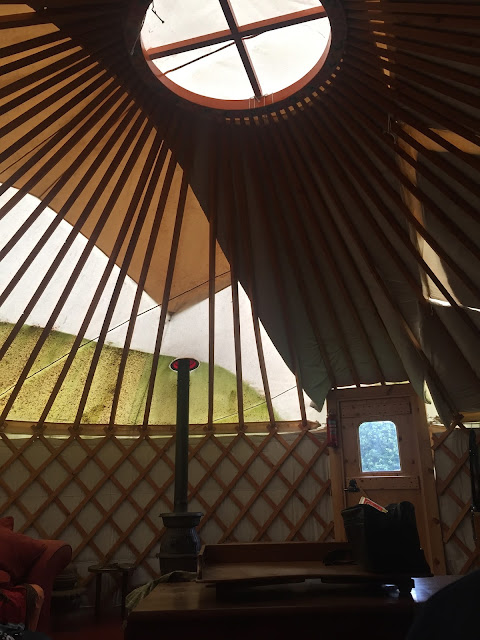 Posted by Femme Fermental at 11:56 AM