I knew I wanted to go to Mexico City a few years ago. I’d never been to Mexico and I’m not exactly a beach person. I’d rather be in a city than relax near the ocean. My thoughts about visiting Mexico were fueled by the James Taylor song, Mexico: “Whoa Mexico//I’ve never really been but I’d sure like to go.”

Mexico City, somehow, seemed the appropriate location for a Labor Day vacation. I like to leave the country for U.S. holidays. The flight to Mexico City isn’t too expensive and, once you’re there, everything is cheap. The city has a fantastic modernist-design element; mid-century modern Airbnbs are plentiful.

Eerily enough, two weeks after my visit, the busy neighborhood I stayed in, La Condesa, saw the worst damage from an earthquake. There was something odd and unnerving about seeing the place I had enjoyed on the news. I recognized a mural next to a decimated building in a photo and Google-mapped it to find that the location was around the corner from the AirBnb.

I had no expectations for the trip. And so, the time away was better than I could have hoped. I did my usual food planning and neighborhood mapping. Every piece of food was fantastic and affordable. Everyone was nice. Uber was more efficient than in the US. I managed to order food and get around without speaking Spanish.

After spending two weeks in Switzerland and Italy doing all things art, I wanted to take it easy. My art obsession is never ending; when it feels like an obligation, I take a break. There weren’t any exhibitions I was particularly interested in and, while I should have, I didn’t feel compelled to go to Frida Kahlo’s house. Everything I read about visiting the house seems like a nightmare. I’ve been on house tours and sometimes the crowds and lines can make it feel too rushed. So, I skipped it. Instead, there was walking around, eating food, drinking beer, sleeping in, and a gorgeous visit to Teotihuacán.

I made a Google Map with preferred spots for eating and drinking. Here are the highlights, if you’re looking for recommendations. Coffee and pastries at Buna 42 and Panadería Rosetta (visited everyday to try every pastry). Pozole at La Casa de Toño. Street tacos at Taqueria Los Cocuyos and regular tacos at El Califa. Full dinners at La Docena, Yuban, Contramar, and Lardo. Beers at D Taproom by Drakonus, Fiebre de Malta and El Deposito Condesa. Cocktails at Licorera Limantour. Churros at El Moro.

When I told people I was going to Mexico City, most replied that the trip would be scary and terrible. While the latter part was untrue, the former was, at times, true. For reasons related to safety and beyond, I’m glad that I didn’t go alone. Right at dusk, in combination with the ever-present haze of pollution, the vibe became different. Stores closed and sidewalks rolled up. Everyone went inside and it seemed like you should too. Uber is incredibly cheap in Mexico City; we always took an Uber home. Even in the vibrant, hipster, restaurant-heavy neighborhoods, it didn’t seem like walking a few blocks was a good idea. We erred on the side of caution.

But, everything else was a dream. I can't wait to explore other regions. While Mexico City isn’t the Mexico that James Taylor wrote about, it did make everything all right. 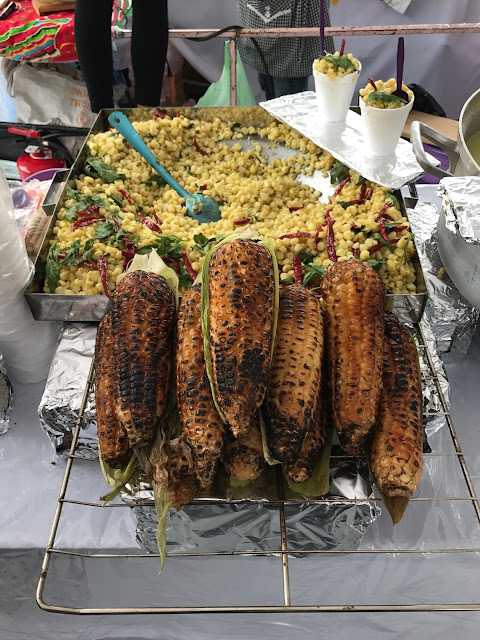 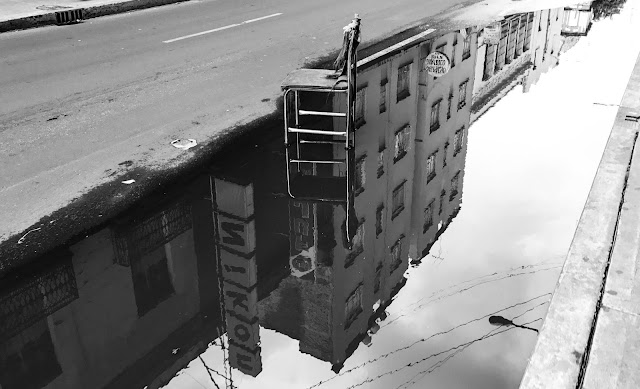 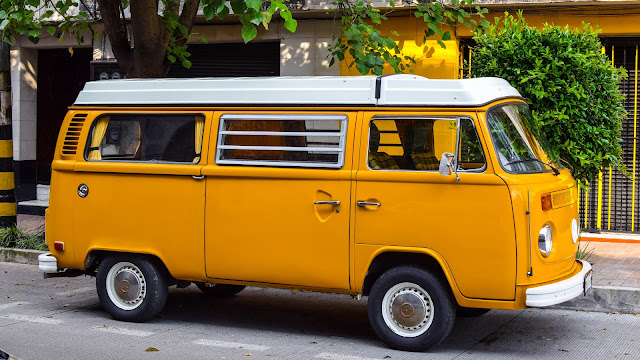 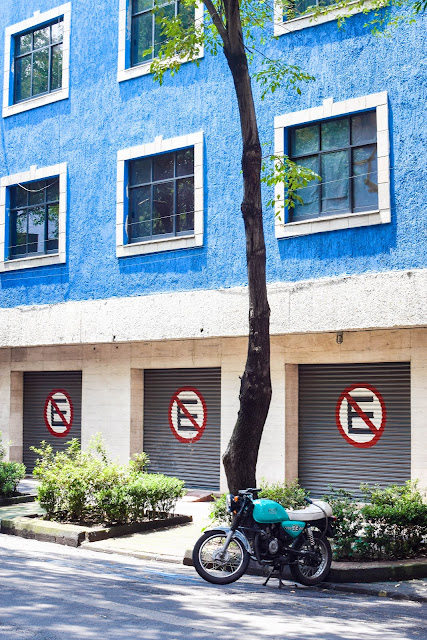 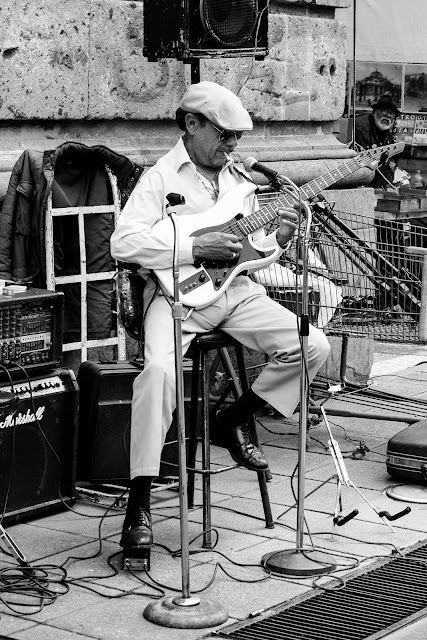 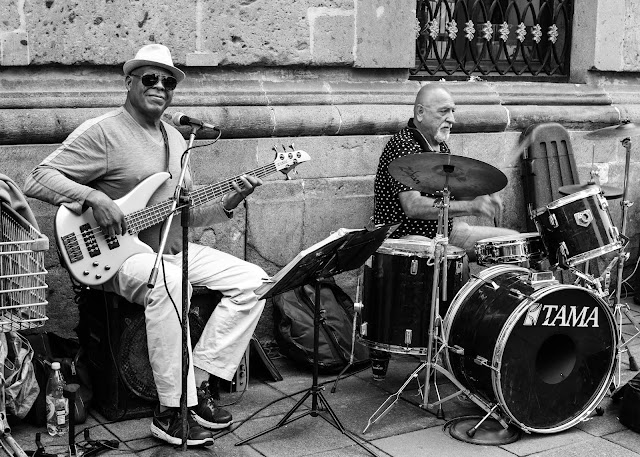 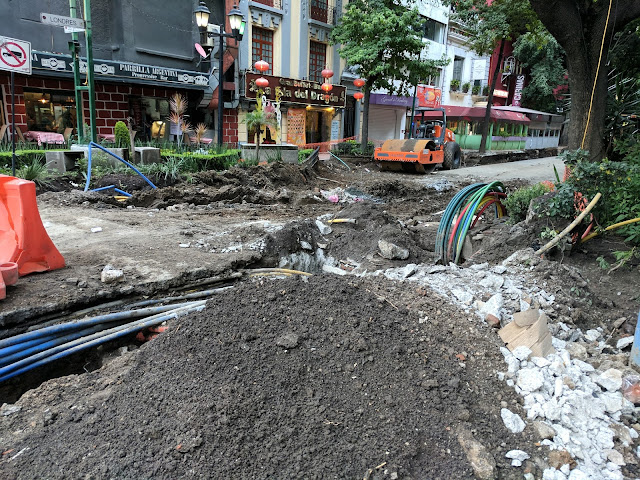 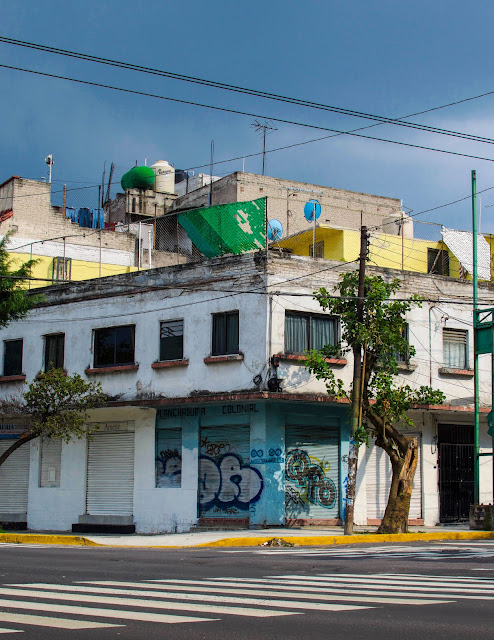 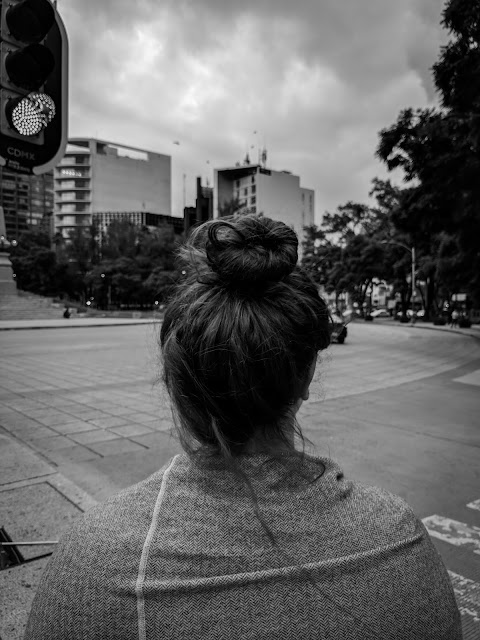 Posted by Femme Fermental at 10:31 PM