Go Play in the Yards 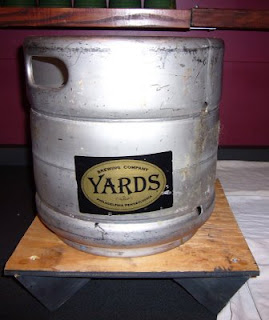 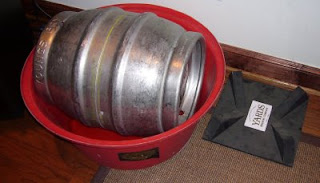 This past Thursday night I attended the "Go Play in the Yards" class at Tria Fermentation School with Tom Kehoe of Yards Brewing.

The general idea of the class was to compare classic British Ale styles with contemporary creations. Tom also led us through the, now more complicated, history of Yards. 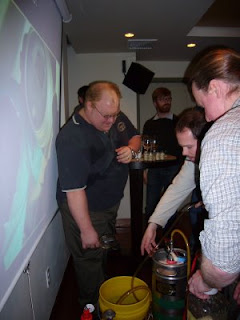 The most interesting part of the class was "brewing" a beer, based upon the classes' voting, to be tapped at Tria Washington Square during Philly Beer Week. 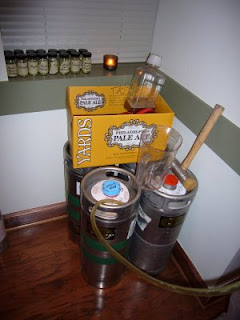 It'll be interesting to see how the beer turns out. The class seemed to be enthralled with the process. And let's just say, I've had enough "bung hole" jokes to last me through beer week. 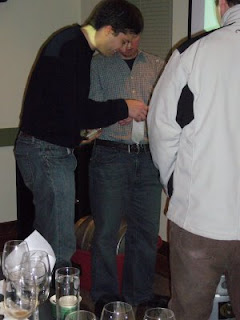 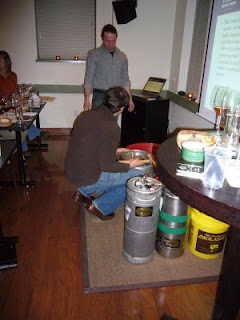 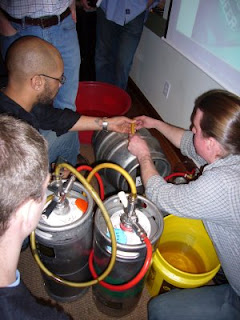 Posted by Femme Fermental at 1:06 PM

Looks like a great class. Did Tom really squeeze all that tasting and the "brewing" project into the 90-minute time slot?