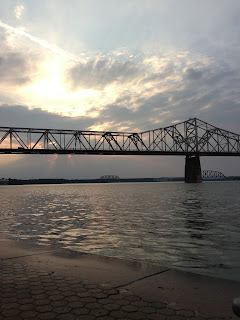 One of my dreams came true this last month. Junior year of high school I took the AP US History Exam. I remember my teacher giving us advice before the exam: "Listen, the people who grade these exams are miserable. They are stuck in a convention center all day, reading the same essay a hundred times. They hate their lives. Get to your point right away and be clear." Of course, this was good writing advice. But, this speech also inspired me to want to become one of those miserable people. Yeah...this says a bit about me at sixteen. Anyway, thirteen years later, six of them spent studying and/or teaching history, I am qualified to grade the exam. And, it wasn't a miserable experience. In fact, I loved it and I hope to be invited back next year. 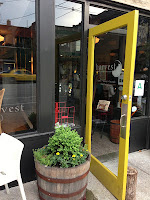 For the past several years, the AP US History Reading has taken place in Louisville. I wanted to make the most of the all-expenses-paid (not all of this food) trip to Kentucky. I did what I always do on my solo vacations: eat and drink. Thanks to advice from Twitter people, I managed to have three excellent meals in Louisville.

The first good meal was at Harvest. This farm-to-table restaurant in the "NuLu" East Market District was a short fifteen-minute walk from my hotel. From what I gather, the neighborhood has improved quite a bit in the last three years. The area was quiet with nice restaurants, galleries, and boutique shops. It felt like Old City, without the annoying night life and Jersey crowd.

I wasn't sure if I was going to take pictures so I missed the appetizer. Honestly, I had a few bad 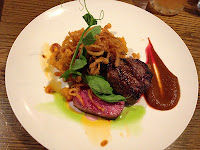 restaurant experiences in Louisville and didn't think I was going to eat anything good. But, the Fried Chicken Liver appetizer was gluttonous perfection. I had a little chat with the bartender and ordered the Harvest Steak as an entree: a 28-day, in-house dry-aged strip with sweet-potato mash and onion ring things. The steak was also perfect. I found that farm-to-table is a real thing in Louisville; it's everywhere in a very authentic way. Every restaurant lists their farms and producers or has a map on the wall of the restaurant. None of it feels contrived.

My next stop was Eiderdown in the Germantown section of Louisville. Germantown is three miles southeast of downtown and I would have had to take two buses to get there. I decided to take a cab 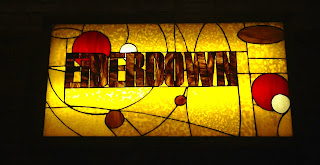 and it was worth it just for the conversation. I stepped into the cab and asked if he would take me to Germantown. He said yes, where and why? I mentioned the restaurant and he was curious about how I found out about the place, as "no tourist ever asks to go there." I have to thank a Twitter friend of a friend for this recommendation. 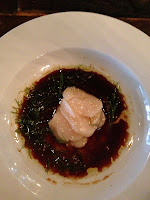 Germantown is a neighborhood of shotgun houses and the restaurant seemed like just another house. The experience was intimate and homey, the beer list was awesome (Three Floyds' Arctic Panzer Wolf!), and the food was spectacular. I wanted to eat everything on the menu. I did the best I could and ordered four courses. First, the Scallop Crudo with navel orange soup, rhubarb, fennel frond, shiso and sesame was on point. I don't know how else to say it. Perfect crudo with a not-too-overwhelming broth is a great start. 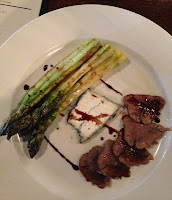 Next I had the Grilled Asparagus, calf's tongue, capriole sofia cheese, garlic confit, balsamic and oil. Dude! I was seriously impressed by the cheese. As soon as the plate arrived I thought it was Humboldt Fog. However, it's from a forty-year-old farm in Southern Indiana. The goat cheese was awesomely developed. It looks like a weirdly presented dish, but the tongue, cheese, and asparagus altogether in one bite was great. 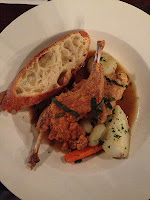 For an entree I ordered the Milk-Braised Rabbit Leg and fried front leg, baby carrot, cippolini onion, and parsley potatoes. I love rabbit, but sometimes it can be prepared in a disappointing fashion. This rabbit was ridiculous (good)! The two different preparations of the rabbit made the dish continuously intriguing. The broth and the vegetables were also fantastic. Finally, I had dessert. I mean, let's face it, if you're a girl sitting by yourself at the bar, and you've already had three courses, just get dessert. I had the linzer torte with raspberry jam, vanilla creme fraiche, and hazelnut honey. I didn't finish it (I swear), but it was really excellent.

After dinner I walked to the Highlands section of Louisville to explore. I was told that this was the hipster section of town. However, I found it to be a mix of the worst of South Street and Northern Liberties. There are about four big Irish Bars, a few fast food restaurants, and some weird shops. Because of all of this, the feel of the main street, Bardstown Road, just wasn't for me. I took the bus home without partaking in this bizarre environment. 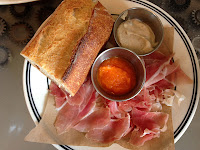 For my final awesome dining experience, I returned to the NuLu neighborhood. I went to Garage Bar just down the street from Harvest. The open-air restaurant has outdoor ping-pong, picnic tables, and a very trendy feel. I stopped there on First Friday and it was packed. The bar was full, but they had seating at their "ham bar" in front of the kitchen. That was okay with me and I proceeded to order a ton of food.

The server understood that I was there to eat and really helped me pick through the large menu. First, the place is known for it's wood-fired pizzas. Well, basically, I'm not ordering pizza anywhere, anytime soon (see: pizzeria beddia). 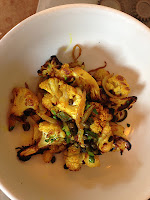 So with that off the table, my server helped me order from the snacks and small plates portion of the menu. I started with ham: Benton's Country Ham from Madisonville, TN. Amazing! Then I had Carmelized Cauliflower with capers, shallots, cilantro, curry, and chilis. The cauliflower was very good with nice heat. I also had the Turkey Wings. They were in a sort of spicy General Tso's sauce. This was one of the most amazing "snacks" I have ever had. I can still taste them right now. Someone in Philly needs to make this dish. 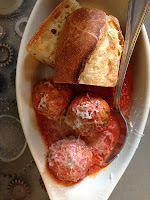 And, because I wasn't full yet, I ordered the Pork Meatballs. I probably didn't need them, but they were also good. I really enjoyed all of these dishes at Garage Bar because they had great, memorable flavor. None of it was timid; each dish was spicy, vibrant, and striking.

After eight days in Louisville I explored as much as I could without a car (ie. why I didn't make it to any distilleries). I'll end this with a few drawings from the AP Reading. There is a whole culture of traditions at the Reading. One guy creates cartoons from student quotes and posts them for everyone to see. Since I saw many people posting these on Facebook, I don't feel too bad putting them up here. 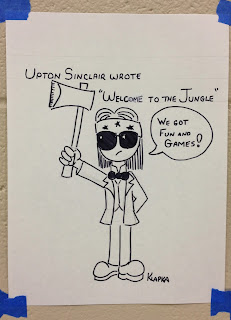 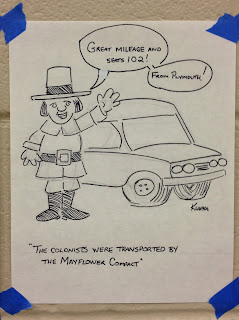