I have always had a certain affection for Portland, Maine. When I lived in Western Mass I would drive nearly three hours to visit for dinner. While Boston is closer, Portland offers more New England charm. Jeans and duck boots are formal attire. The seafood makes you wish you hadn’t eaten seafood anywhere south of the Maine/New Hampshire border. Far removed from the fast-paced world that many of us are used to, it seems as though you have to want to be in Portland to live in Portland.

I decided to revisit Portland over New Years. Yes, why not visit during the coldest time of the year. Venturing north after a blizzard, there were piles of snow everywhere and the sidewalks were icy deathtraps. Yet, there were no wind-chill warnings; frostbite-inducing temperatures are simply par for the course Down East. In spite of the frozen climes, Portland proved to be even more enjoyable than the last time I was there. With new restaurants and bars, Portland has quite a bit going for it.

I’ll give a quick rundown of all my stops:

1. Novare Res: If you’re into craft beer, you can’t visit Portland without a stop at Novare Res. It’s basement-y, dark, cold, and has fantastic beer. The Oxbow on tap was as fresh as can be. I didn’t eat anything there this time, as it was a pre-dinner stop.

2. Fore Street: I have been to Fore Street several times over the years. They were doing farm-to-table before it was called that. Nearly as fancy as things get in Portland, it’s a gorgeous restaurant. My first visit to Fore Street was in 2007. Sadly, I have to admit that each subsequent visit has been less and less impressive. Nothing was terrible, but nothing was fantastic. Well, the oysters were fantastic. Quite honestly, with everything else happening in Portland, Fore Street may be best for a quick appetizer before venturing elsewhere.

3. Standard Baking Co.: Okay, this bakery is amazing. It’s attached to/below Fore Street. Somehow, I never visited before. While their bread is served at Fore Street, I never realized that there was an amazing bakery offering tasty treats just below. All of the breakfast pastries were great, while the baguette was just okay. The country loaf, or whatever they serve at Fore Street, achieves a level of goodness that you can't find in the Philly area. 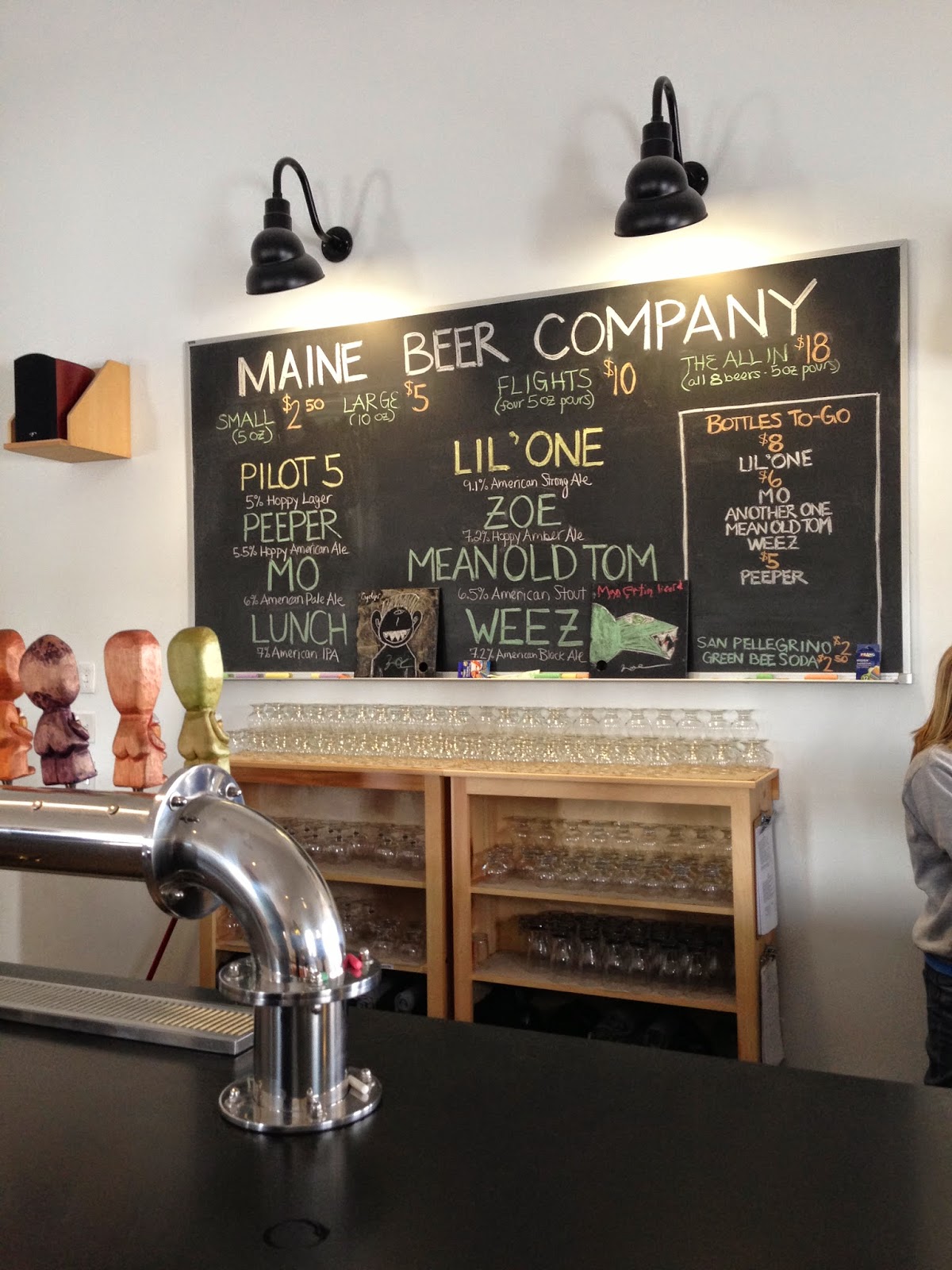 4. Maine Beer Co.: Maine Beer Co. has been a favorite of mine since their bottles arrived in Philly and Western Mass a few years ago. Their newly constructed brewery is a short drive north of Portland in Freeport. I was able to try the Lunch on tap. I’ve never had the chance to sample it in Philly, as it seems to be the most limited of their releases. All the beers were great. The tasting portions were perfect. Oddly, the bottles were more expensive at the brewery than they are at my local Whole Foods. 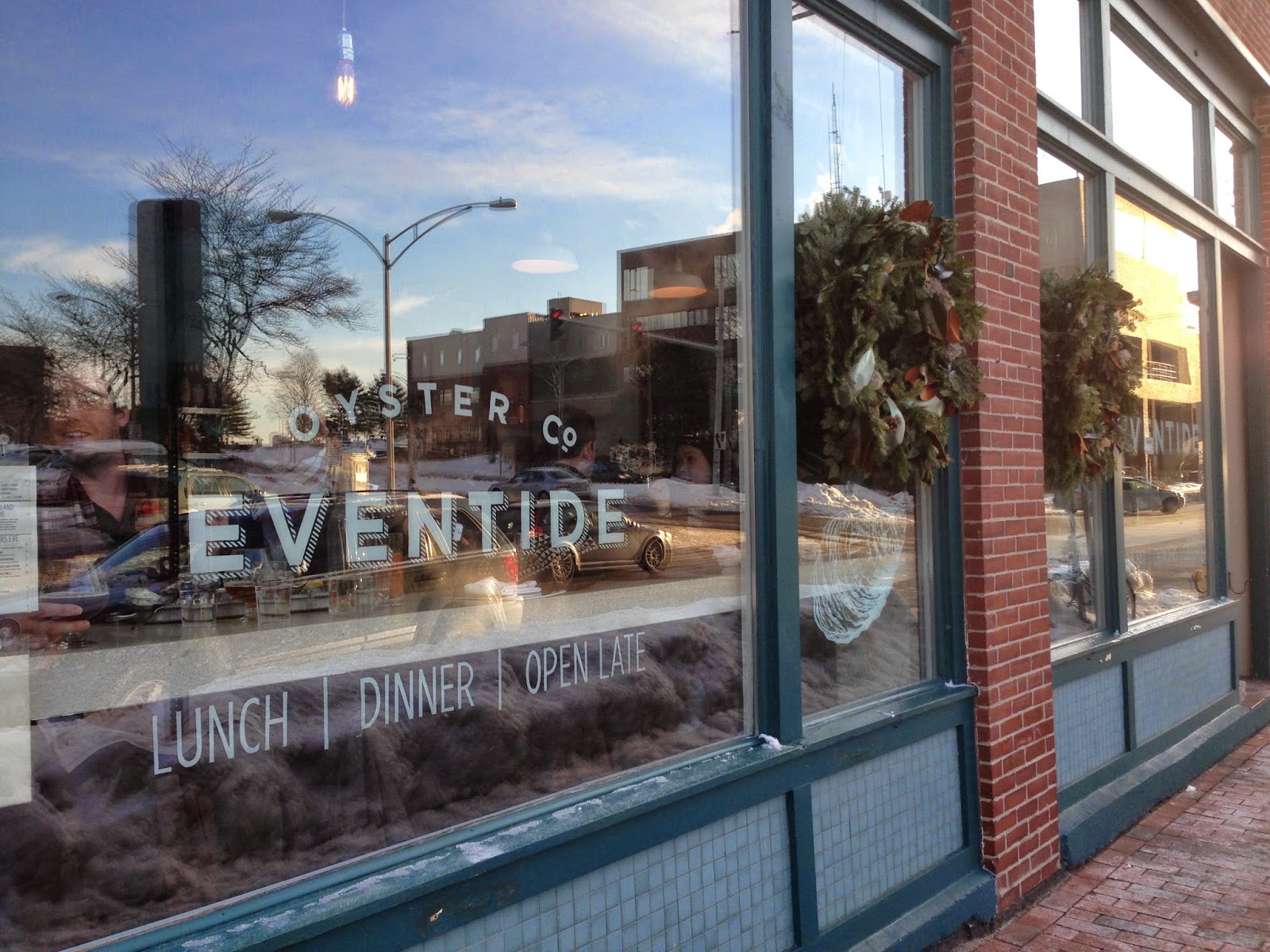 5. Eventide Oyster Co.: The standout of the visit was Eventide Oyster Co. Relatively new, Eventide Oyster Co. resides in the space that was one of my favorite cookbook stores: Rabelias. I suppose the best ode to that cookbook store (since relocated to Biddeford, ME), run by a husband and wife for years, is an amazing restaurant. Everything here was perfect. Oysters from Maine, Razor Clam with Uni butter, a green salad, a lobster roll, a fried oyster roll, sashimi, more oysters. We wanted to order the entire menu. Well, we pretty much did. Everything was light, fresh, enticing, and perfectly seasoned. I can’t recommend this place enough. Eventide is one of the best restaurants I’ve visited in a long time. 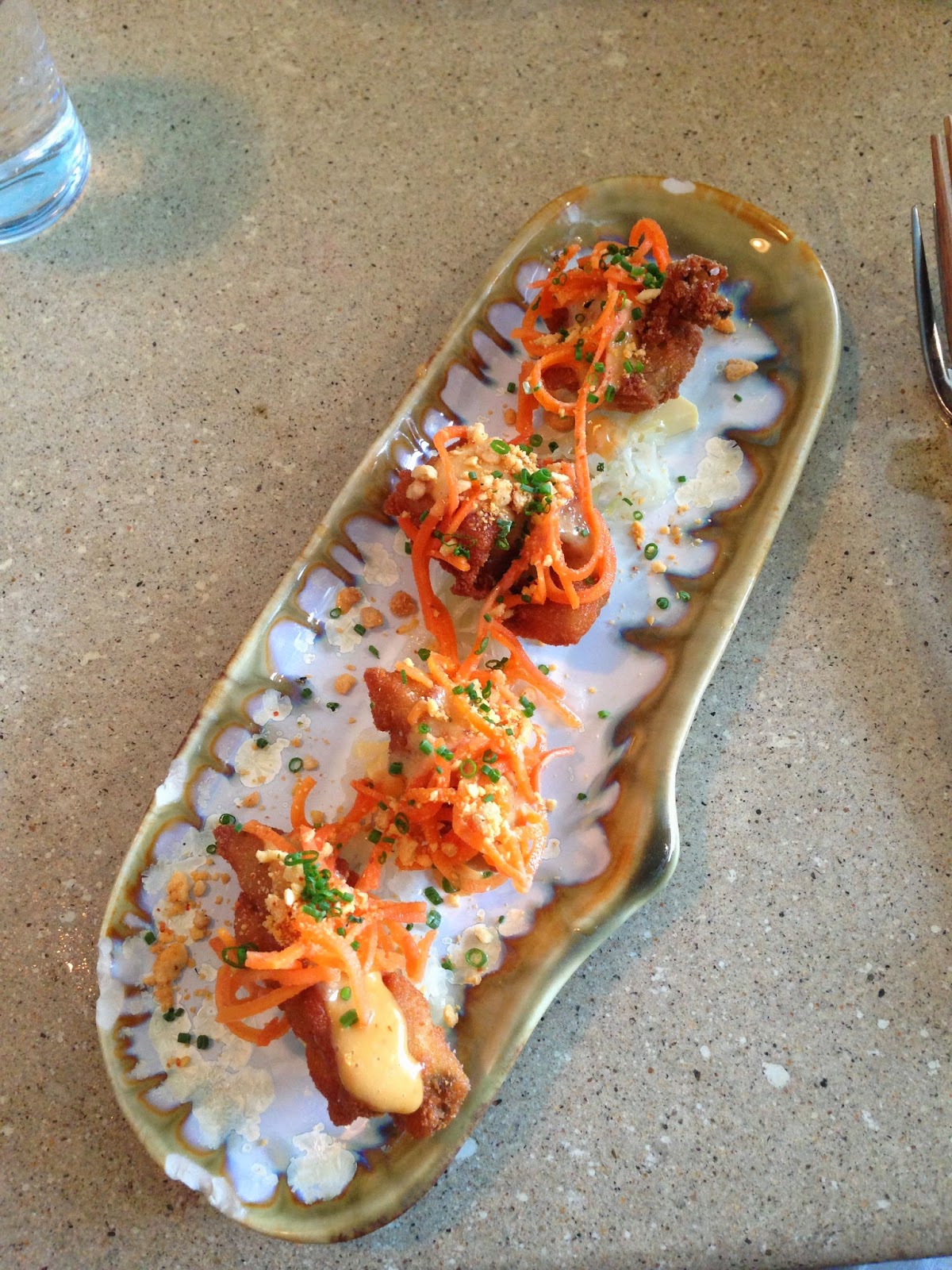 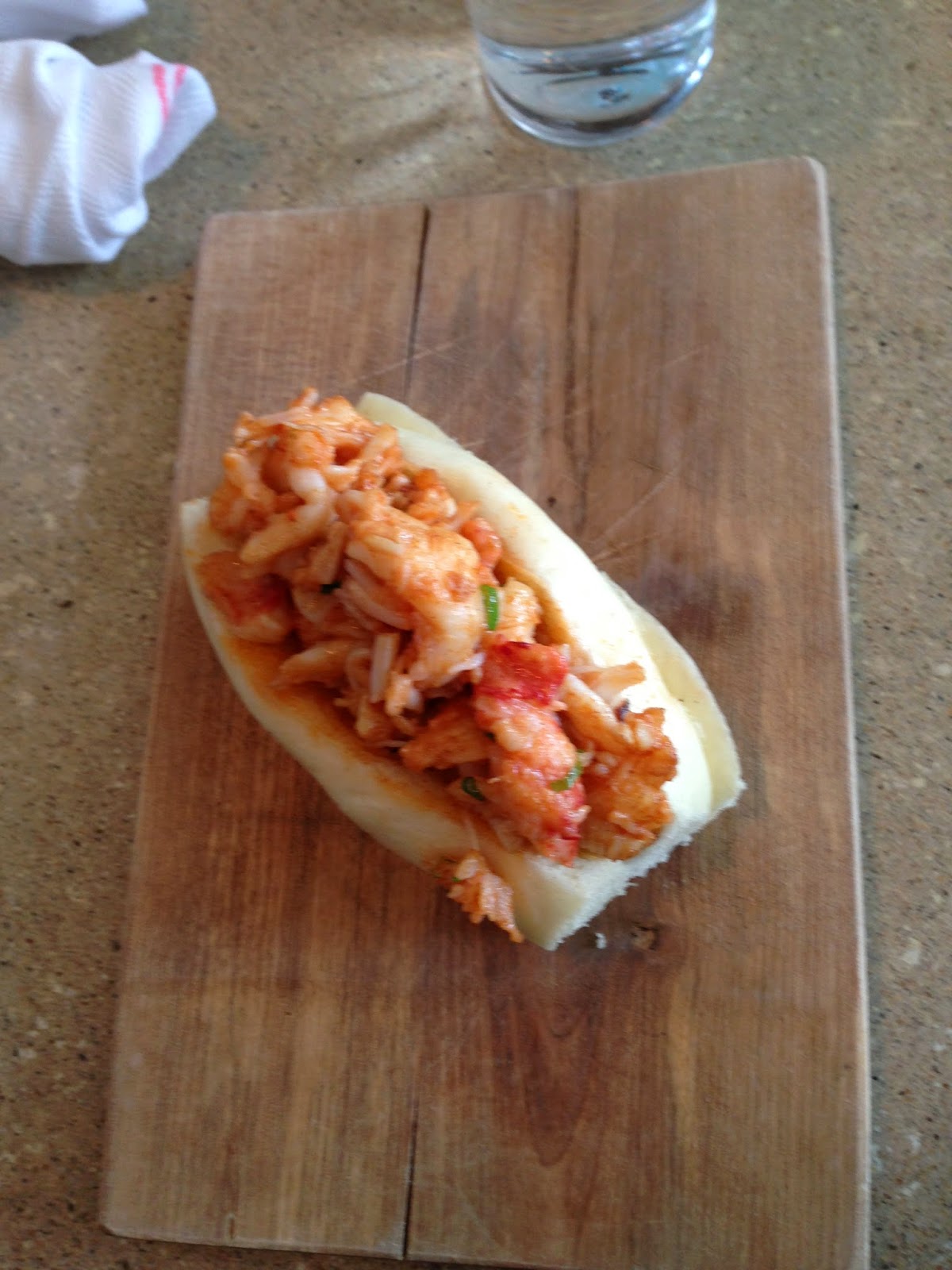 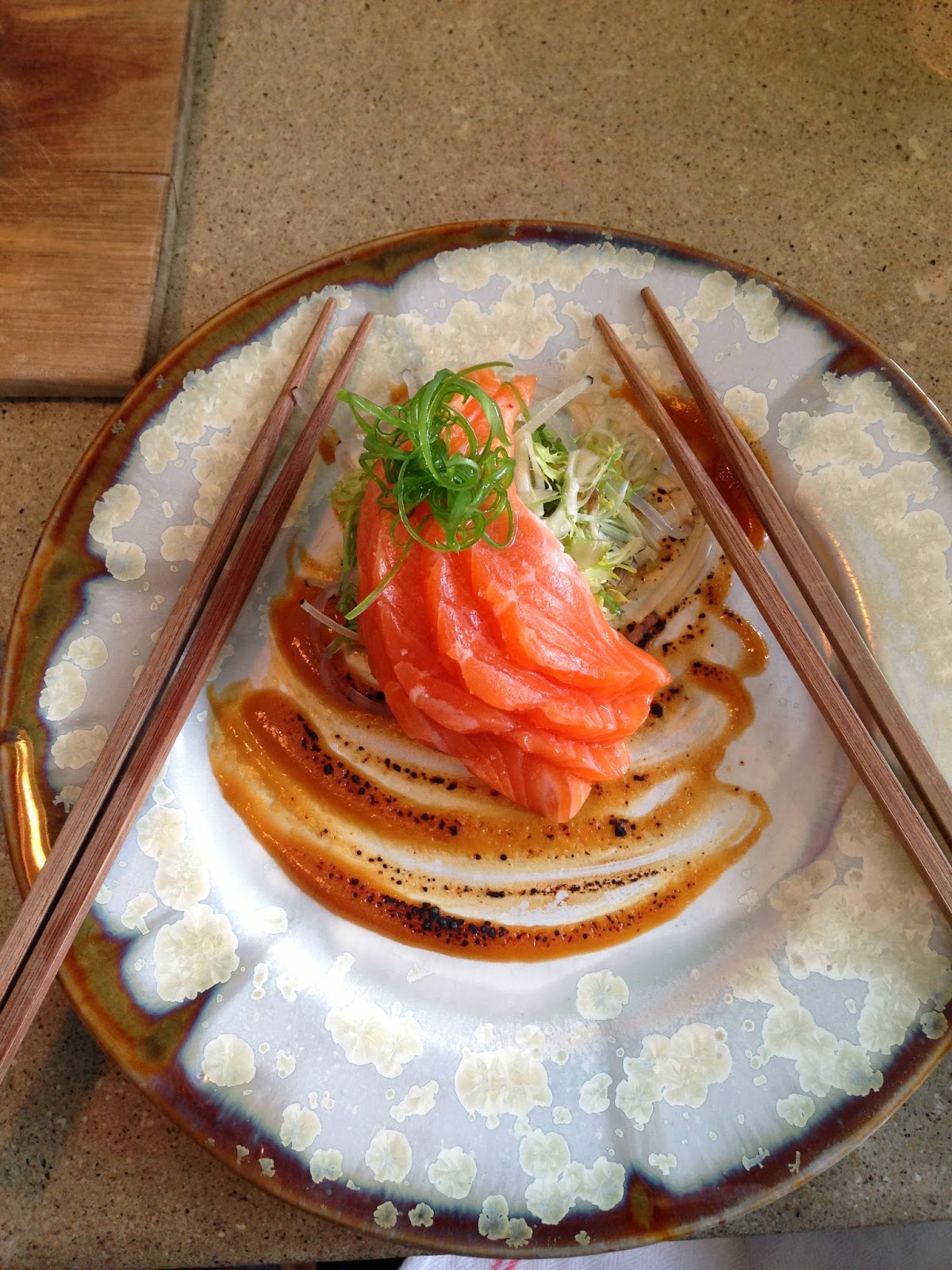 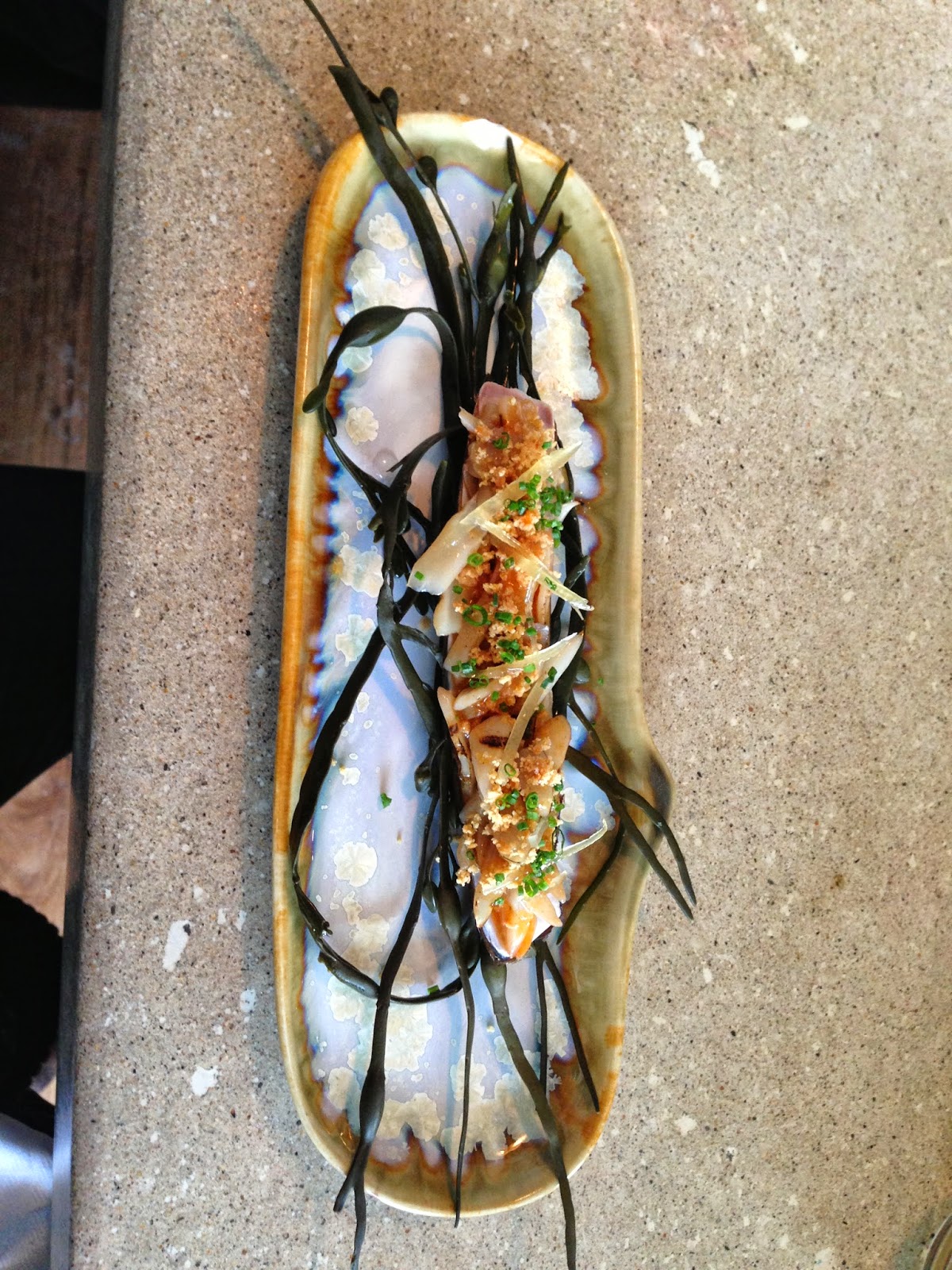 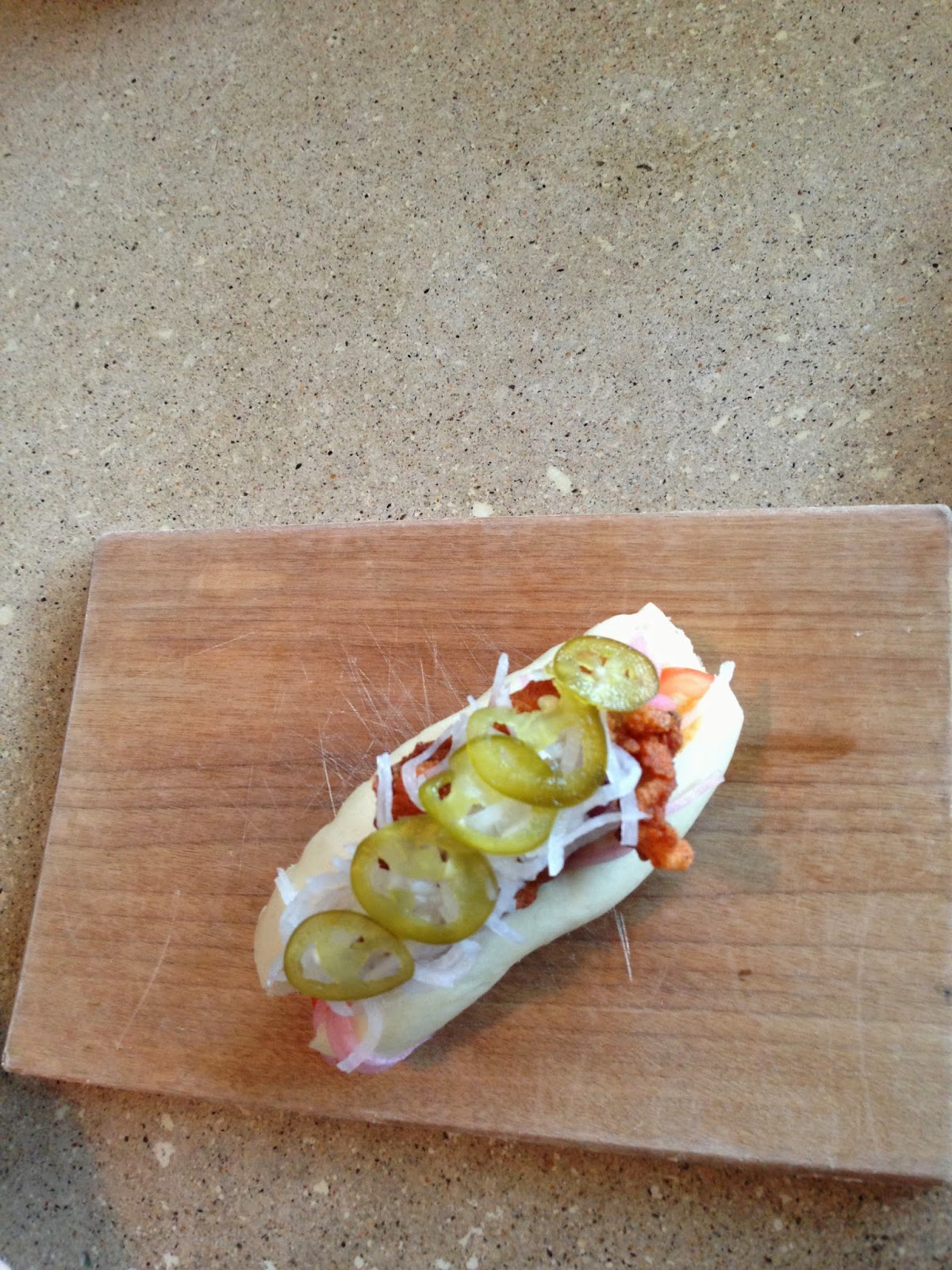 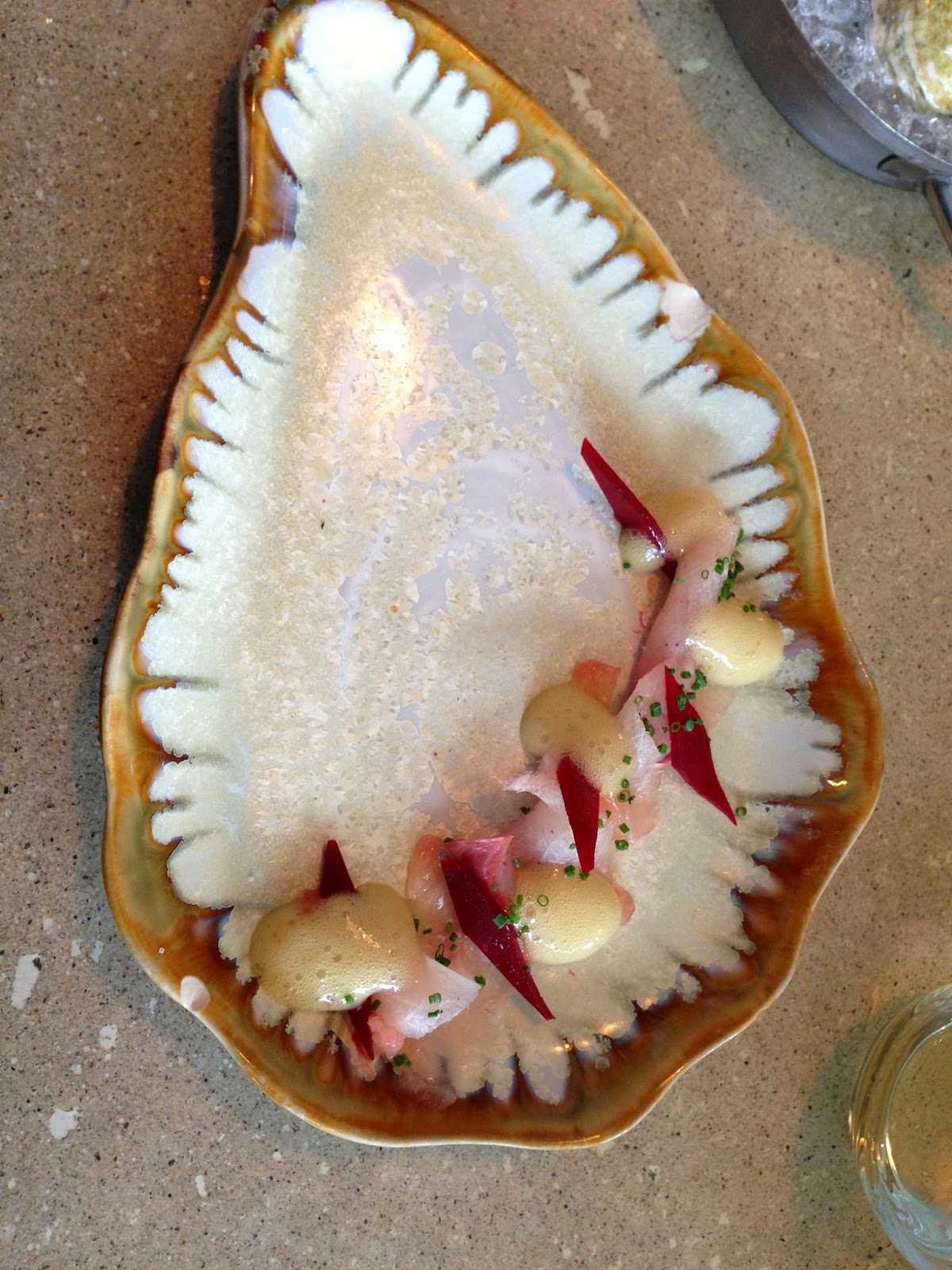 6. Miyake: For New Year’s Eve we went to Miyake. The omakase was pretty great. Sitting at the sushi bar watching Chef Miyake work was perhaps as interesting as the food. He maintained his serene composure as the restaurant filled up for a busy holiday service. The highlight of the night was Maine Uni. I can’t say that I’ve had Maine Uni before this meal. Compared to west coast Uni, it’s definitely less creamy and more salty. Chef Miyake smiled at us when we became visibly excited about the Uni. Lovely.

7. Portland Alpine and Hunt Club: This bar is relatively new to Portland. I’d like to write a Yelp review that begins with: “I don’t know why everyone on Yelp hates on this place…oh wait, I do. Because everyone on Yelp loves to hate on everything.” The bartenders were not rude, as Yelp would have you believe. I didn’t try any food, but it looks like a nice, simple menu. There is nothing wrong with this bar. If anything, it’s too modern and slick for Portland. But that doesn’t mean it’s bad. In fact, Portland probably needs a cocktail bar that does it right. If I lived in Portland, I’d be there as often as I would be at Novare.

Once again, Portland didn’t disappoint. While my wintry visit didn’t exactly make me want to move there, it did remind me of everything I love about Portland and, perhaps reluctantly, New England. 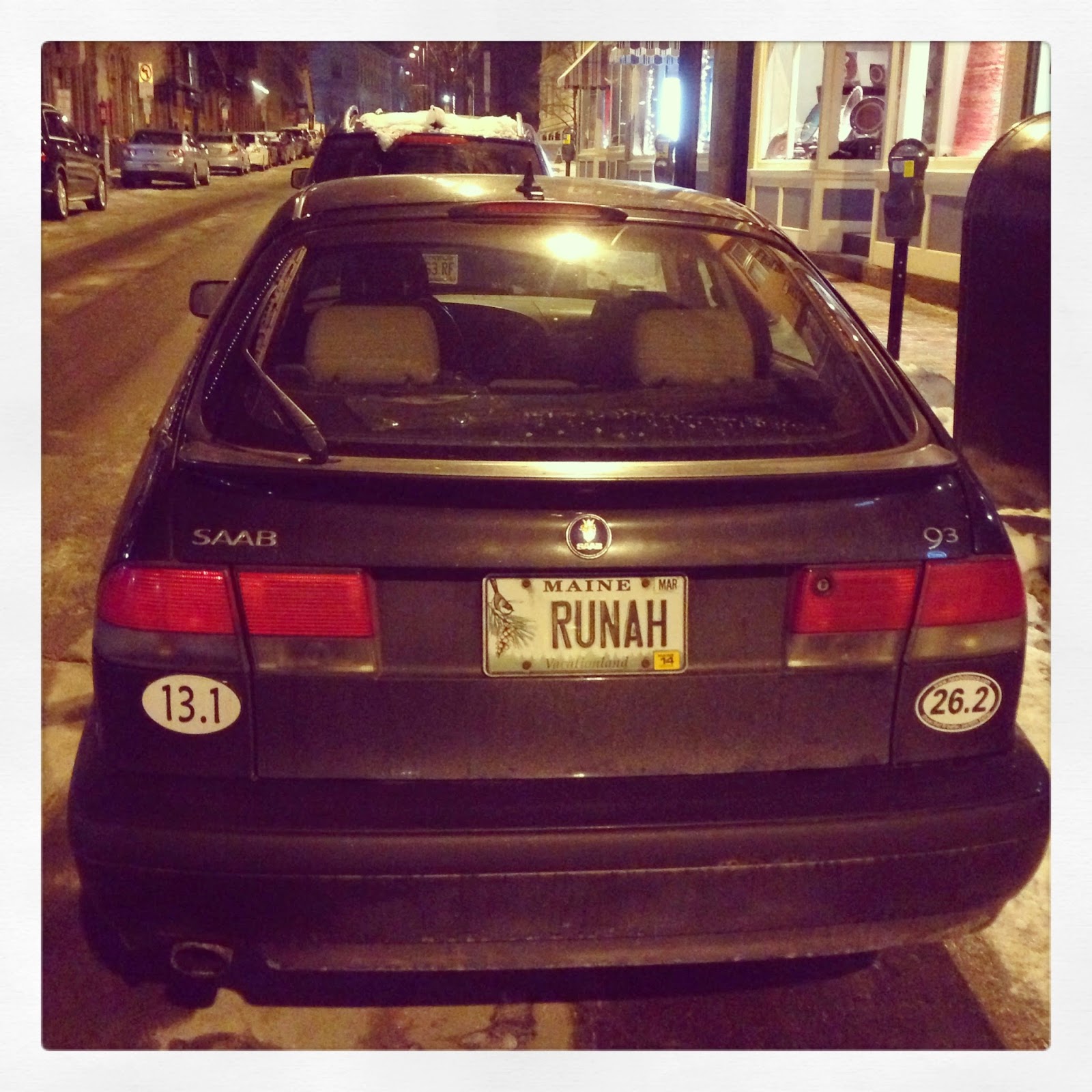 Posted by Femme Fermental at 2:54 PM