The Power of Russian River 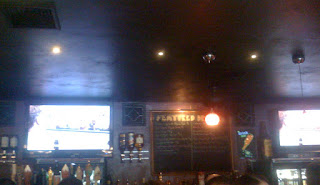 This afternoon I stopped by TJ's Everyday for their 4pm tapping of Russian River Consecration and Pliny the Younger.

I arrived at 4:15 because I had gone to the NCAA playoff game between Nova and UCLA at the Wachovia with my Dad.

Pliny the Younger had already kicked; minutes after it was tapped, apparently.

At 4:17 Consecration kicked and people clapped. As Matt from the Beer Yard said: "Why are they clapping? They should be booing." I have to agree.

I was able to sample Consecration, but not Pliny. I had Consecration a few weeks ago, and have a few more bottles in my refrigerator waiting for just the right moment. It is absolutely delicious, and the keg was especially sour.

This event, and the shortness of it, is a testament to the beer geek culture.

To augment a famous movie quote: If you Post it Online, They Will Come. 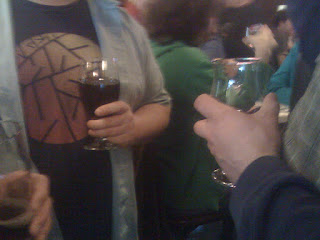 Posted by Femme Fermental at 5:14 PM